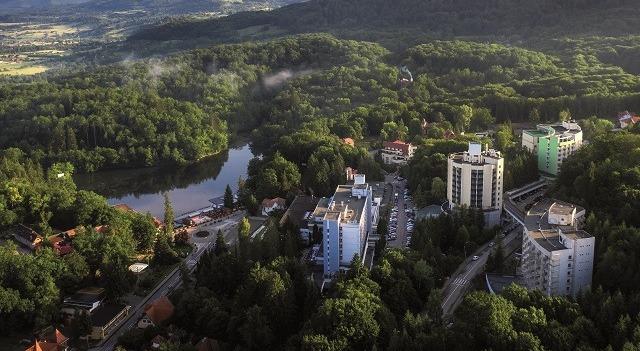 The Ensana Health Spa Hotels group, which owns three hotels in Sovata resort in Mureş county, wants to expand with 120 new rooms, reaching an accommodation capacity of almost 1,000 rooms in the next 3-5 years. The investments amount to EUR 20-25 million.

"We are now renovating the Sovata Hotel and working with Romanian architects. We will develop future projects with an architect from Spain, but they are investments for the next 3-5 years. We want to build new buildings, a three-villa building and transform the former Ursu Lake treatment base into hotel rooms, which means we will have another 120 new rooms,“ said Andrei Rusu, the chain's chief operating officer, Ensana Health Spa Hotels.