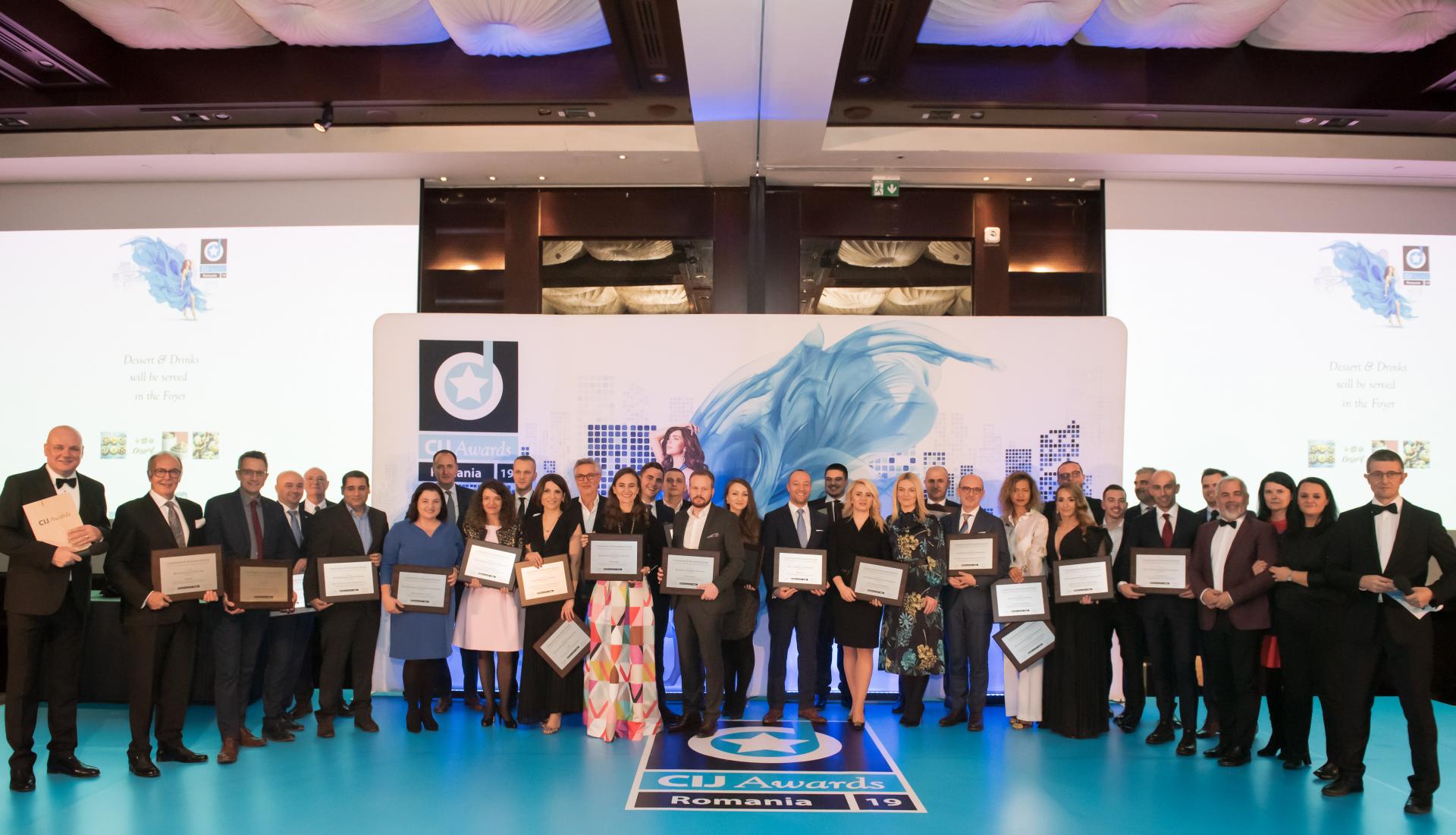 At the CIJ Awards Romania, 28 projects, transactions and property professionals were honored for outstanding achievement in real estate over the past year. One United Properties, Portland Trust and Forte Partners were the big winners on the evening.

The CIJ Awards Romania 2019 took place in front of a record crowd that filled the main ballroom of the Radisson Blu hotel in downtown Bucharest. The evening brought together the very best Romania's property sector has to offer, featuring projects and transactions completed over the previous year. Prizes were also handed out to a wide range of service providers and products involved in building, financing, leasing and selling the projects nominated for this year's Awards. The categories were divided into six groups: Development; Transactions, Leases & Environment, RE Teams & Leaders; RE Services; RE Materials as well as the new Grand Prix prize.

The winners were determined in a two-stage voting process. This included a meeting of a dozen recognized property experts with a range of specialties, combined with on-line voting from established members of the real estate and construction sector.

There were several standout performers for the evening, including One United Properties, which won the Best Residential Developer category for 2019, along with Best Residential Buildup in Development of the Year for its project One Mircea Eliade. The company also picked up the Best Land Transaction of the Year for its acquisition from Immofinanz of 5.3 ha of land around the former Ventilatorul plant. But that wasn't all: One United Properties made yet another return to the stage for its project One Herastrau Plaza, which topped the rest for Best Luxury Residential Development of the Year.

Another of the top performers in 2019 was Portland Trust, whose project Expo Business Park scheme beat tough competition for Best Bucharest Stand Alone Office Development of the Year. Expo Business Park was also the winner of 2019's Grand Prix (Project of the Year), while the deal that brought ING Bank to the building was picked as Best Office Lease of the Year. Ana Dumitrache (CTP) collected her company's prize for Best Warehouse Development & Developer for Bucharest West 14, but was asked to return for the Leading Female Property Professional of the Year prize as well.

Among the development category winners were also Gran Via Real Estate, whose project Gran Via Park won the Best Standard Residential Development. Meanwhile Skanska's scheme Equilibrium 1 succeeded in the Best Bucharest Phase Office Development and Mulberry Development's ISHO Offices Phase II won Best Regional Office Development. On the shopping side of property, the winner of Best Retail Development & Developer was Prime Kapital for its project DN1 Balotesti. Victoria’s Secret store at Baneasa Shopping City came out on top of the voting for Best Retail Lease for 2019.

Best Investment Transaction of the Year was for the sale of America House and involving Morgan Stanley Real Estate Investing. On a related note, Țuca Zbârcea & Asociații ranked above its competition this year in the fight for Best Real Estate Law Firm.

The winners of the individual categories received nominations for the Best of the Best CIJ HOF Awards. This final gala is where the winners of the individual categories from around the region compete with each other for the top prize. The event will be announced will be held in Prague on 2 April 2020. Representatives of the most important firms from the real estate industry in 10 countries of Central and South-Eastern Europe will take part in the final competition.