Prague cannot get back part of Stromovka, the land was transferred to the use of the USSR 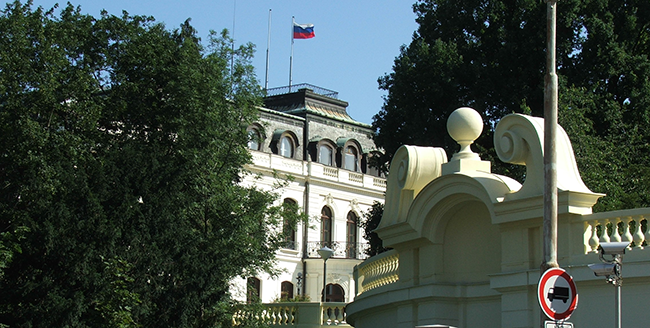 Prague cannot get back part of the land in Stromovka from the Russian embassy, ​​which, according to the municipality and Prague 7, is occupying illegally. In 1972, the diplomatic service transferred the land to the then Soviet embassy for permanent free use. The buildings on the land then belong to the Russian Federation, which bought them. Russia would have to be willing to negotiate a return voluntarily. This follows from a letter from the Czech Ministry of Foreign Affairs to the City Hall of Prague 7. The Mayor of Prague 7, Jan Čižinský (Prague Sobě), said that the town hall would continue to negotiate with the ministry.

The leadership of the capital and Prague 7 called on the government in April this year to negotiate with Russia the return of part of Stromovka, which was seized in 1968 after the Warsaw Pact invasion. The soldiers encamped in it and used the park as a base. The city wants the embassy area to return to the state before August 21, 1968, and public greenery will be restored.

In its letter, the Ministry states that the land belongs to the Czech Republic and that the diplomatic service (DS) has the right to manage it. But in the past it was provided to the Soviet Union. "In 1972, the then DS contractually transferred the land to the permanent free use of the then Soviet embassy, ​​based on a resolution of the government of the Czechoslovak Socialist Republic of September 17, 1970," the letter said. There are several buildings on the half-hectare plot, which are used by the Russian embassy. According to the letter, it belongs to the Russian Federation, which bought it properly.

Due to the above-mentioned circumstances, according to the Ministry, it is not possible to meet the requirements of the municipality and the city district without violating the basic principles of international law. The decision at that time is still valid, as it was based on a decision of the government of the Czechoslovak Socialist Republic.

As for the agreement, according to the letter, it is unlikely that Russia would be willing to negotiate a voluntary return of land in the current situation. The request from Prague came at a time when the Czechia announced suspicions of the involvement of Russian agents in explosions at an ammunition depot in Vrbětice in the Zlín region in 2014. The Czechia and Russia subsequently expelled some embassy and diplomat employees from each other.

According to Mayor Jan Čižinský, the management of the town hall of the seventh city district does not give up the idea of ​​returning the area of ​​the Russian embassy to its size before August 21, 1968. "We are continuing to act," Čižinský wrote to ČTK in an SMS message. He later clarified that together with the mayor Zdeněk Hřib (Pirates), Prague councilor Jan Chabr (TOP 09), the mayor of Prague 6 Ondřej Kolář (TOP 09) and the Minister of Foreign Affairs Jakub Kulhánek (ČSSD) they agreed on the establishment of a working group on property relations.