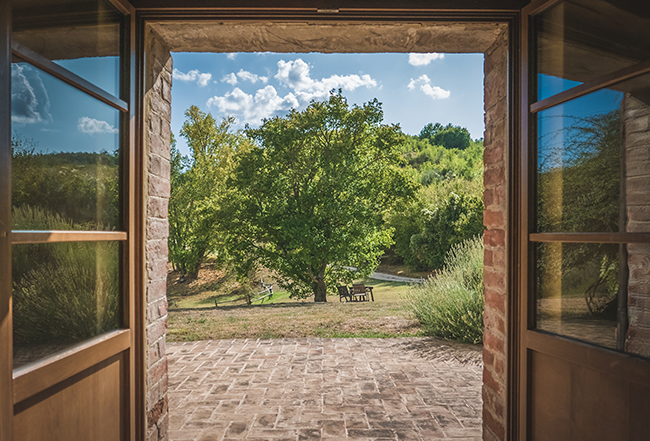 Villages and smaller towns in the Pilsen region are seeing extraordinary interest in houses and land buying, especially from young people. They also want their own gardens, where they could grow vegetables, fruits, herbs and raise hens. The pandemic significantly accelerated this trend. "Sold out" houses and cottages are reported by a number of municipalities.

"The pandemic has now done more for rural renewal than all possible restoration programs. People have stayed at home and found that it is not quite the same in the cities. They went through the countryside, nature and then said they would buy a house there. now the houses in the villages have been bought," said Pavel Čížek (STAN), Deputy Governor and Deputy Mayor of Spálené Poříčí in Brdy.

The region and the villages tried for years to get the young people to go to the village, but it never worked. "And it will certainly be reflected in a few years in small villages, which will begin to be renewed in the most natural way," said Čížek.

Real estate prices in the countryside are now significantly higher than before the pandemic, but according to Čížek they are still cheaper than plots in satellites near large cities. The pandemic also accelerated the shift to self-cultivation and self-sufficiency.

The largest item of expenditure this year in Rozvadov in the Tachov region with 800 inhabitants is CZK 30 million for the purchase of plots that the municipality wants to prepare for family houses, with another CZK 20 million set aside. Kostelec u Stříbra with 600 inhabitants is preparing a new residential zone with 21 plots, it will be ready by spring. In three months, all plots were sold for 720 CZK / sqm. They were bought by people from Pilsen, Tachov and Domažlice. "Recently, we have managed to reach the young generation. We are attracting them to plots that try to maintain the population," said Václav Bernard (STAN), Mayor of Všerub in Domažlice with 800 inhabitants. The number of children is increasing and the kindergarten, which the municipality is expanding, has to reject them.

Postřekov with 1100 inhabitants is also expanding the primary school. "The number of children is growing. There is a great demand of young families for building plots in Postřekov and surrounding villages," said Mayor Petr Anderle (BEZPP for the CSSD). In the summer, the village wants to build a residential zone near the playground with 15 plots. Thanks to the purchase of houses and plots, Rochlov in the Plzeň region is growing by tens of inhabitants to the current 310. "Young people with children are increasing, we are close to Pilsen and the motorway," said Mayor Jiří Patera (For further development of the village). The cottages and plots of land are now almost sold out in Mladá Smolivec in Brdy and in Manětín in the Plzeň region.

Pačejov in the Klatovy region with 750 citizens, where there has been less interest in houses and plots in recent years due to the planned construction of a nuclear repository, has also felt higher demand for cottages for the last year. "This is the covid time. People want to get out of cities and travel was not possible," said Mayor Jan Vavřička (For the development of the village and the region). According to him, their prices are one-fifth compared to real estate offered in Šumava. "When something comes up, it sells out very quickly. Lately, people have bought several houses and land here, which did not look at all attractive, and at the same time at crazy prices," he said. Pačejov is now preparing eight plots and two tenement houses with six flats.

Significantly higher demand for housing than before is reported by smaller cities in the region, especially in Pošumaví. Janovice nad Úhlavou with 2,200 inhabitants will offer 35 plots towards Klenová next year. According to the mayor Michal Linhart (Janovicko - SNK), there is great interest in the construction of family houses in the foothills of the Šumava Mountains. Thanks to the demand of mainly young families, Nýrsko will also prepare the largest modern housing zone with 45 plots by September. "We started selling at the beginning of the year and today we do not have a single vacant plot of land. We want another 25 plots of land in the locality above the boiler room," said the mayor Miloslav Rubáš (Election for Nýrsko). The city still has a large reserve in the area of ​​the former barracks and on the land of the former poultry house, which it bought and will liquidate. The equally large Horažďovice in the Klatovy region, for which it has decreased according to the population in the last five years, are preparing an area for 20 family houses, the first large after 1990, thanks to the current demand of young people.