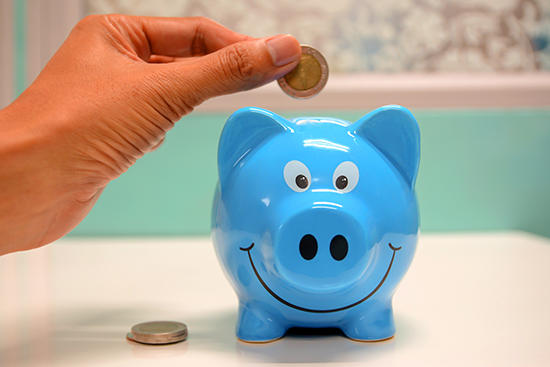 A financial security in the amount equal to three months' salary is declared by half of Poles, i.e. the same amount as in June 2021. At the same time, 24% of respondents said that they could not afford to put it off regularly, mainly due to insufficient income, according to the study "Inflation and war in Ukraine and the household budgets of Poles", prepared for the BIG InfoMonitor Debtors Register.

A financial cushion in the form of money set aside in the event of various random events is something that should be taken care of regardless of the circumstances. The uncertain economic situation, as well as the war across the eastern border, made Poles even more aware of it. today 25% of respondents, while 9 months ago this was the opinion of 19% of respondents. But knowing that you have to do something and actually do it are two completely different things. So, do we have savings? it has not changed in recent months. The security in this amount is declared by half of Poles, which is the same as in June 2021. At the same time, 24% of respondents said that they could not afford to put it off regularly, mainly due to insufficient income, according to the report from the study.

As pointed out by the president of BIG InfoMonitor, Sławomir Grzelczak, in terms of savings, the war in Ukraine and progressing inflation affect us much stronger than the coronavirus pandemic.

"After more than a year of the pandemic, 7% of Poles did not see the need to collect savings, and 19% realized that saving is important. As a result of the acceleration of inflation and the outbreak of war, the share of people who do not see the need to save dropped to 4%, and the percentage of people who see it increased to 25%, especially among the representatives of the youngest generations. The fact that people entering adulthood face such challenges as the pandemic, and now war and very high inflation, will certainly have an impact on their approach to finance throughout their lives," said Grzelczak.

The current situation did not affect over 30% of respondents who admitted that they always try to save money, it was also indicated.

However, not everyone can afford to put down money on a regular basis. This is a problem for every fourth respondent, mainly for women, people aged 55-64 with vocational education and residents of medium-sized cities with 20 to 99 thousand people.

However, the Quality Watch study commissioned by BIG InfoMonitor indicated that due to inflation and war, the sense of saving is more perceived (25%). It is most accentuated by people with children and the generations of 18-24 and 25-34 years olds (28% of responses each), and not because there are fewer regular savers. It always tries to put off 29% of 18-24 year-olds and 33% of 25-43 year-olds, with an average answer of 31%, also stated in the report.

The Quality Watch study "Inflation and war in Ukraine and the household budgets of Poles" was carried out on March 25-28, 2022, using the CAWI method, on a sample of 1,056 Poles over 18 years of age.