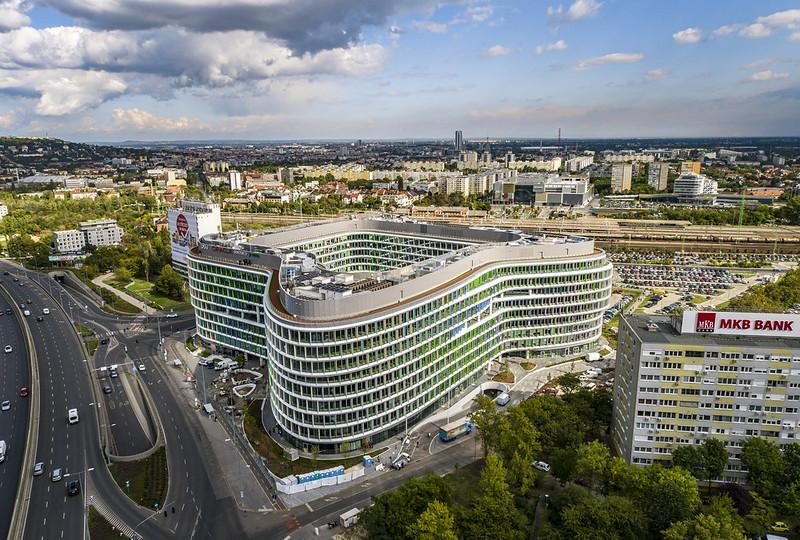 The first phase of Budapest ONE, located at Őrmező, the largest multimodal transport hub in Hungary, has received WELL Platinum certification. The office building was the first in Hungary to meet the highest requirements of the International Well Building Institute (IWBI), which was confirmed by on-site inspections of international experts. The WELL Building Standard™ values and recognizes spaces that improve people's health and well-being worldwide. Currently, only five complexes in the country have the WELL certification for people-centred buildings, four of which are developed by Futureal.

The purpose of the WELL certification, which has been continuously developed using scientific methods for a decade, is to build office buildings that, in addition to environmental protection, also have a positive effect on the health, well-being and comfort of those working there. The Washington-based IWBI’s system examines projects based on 10 categories including air, thermal comfort, light, community, mind, movement, water, sound, materials and nourishment.

The very first WELL certification in Hungary was obtained by the Corvin Technology Park office building on Corvin Sétány, also developed by Futureal in 2021. This year Advance Tower’s two phases located on Váci road also received the WELL certification and it was followed by Budapest ONE. The first 25,000 sq m phase of Budapest ONE handed over at the beginning of 2020, has met the strictest requirements of the WELL Platinum in every aspect. An energy-saving, intelligent building managing system and a heat-recovery air-conditioning system were installed in the complex, that is resistant to weather conditions and climate change. The interior walls of Budapest ONE, developed by Futureal, are covered in calm colors, while a multifunctional "WELL room" and a spacious, green roof garden, bicycle storage with showers, and a panoramic running track on the top of the building are also available to the employees. In addition, it is possible to charge electric cars, and selective waste collection is also a standard feature. Half a hectare of open public space was created inside the building, which is made into a popular meeting place by the unique design of the green area, that also helps to increase biodiversity. A weather-controlled, low-water consumption irrigation system was installed in the area as well.

"In line with the highest WELL requirements, we create unique office areas that enables tenants to create attractive, healthy and creative workplaces for their employees, while they can improve their ESG performance and therefore their competitiveness. Our commitment is proven by the fact that four of the five WELL-certified buildings in Hungary were developed by Futureal. Moreover, Budapest ONE WELL Platinum recognition is a rarity not only in the country, but also internationally, as it is the second building in Central and Eastern Europe, which has been proven to meet the highest expectations during the on-site inspection of the international certifiers," emphasized Gábor Radványi, Chief Architect of Futureal Development.

This spring, the first phase of Budapest ONE has already received the WELL Health-Safety international certification for safe operation. The assessment evaluates six main aspects, mostly related to resilience, such as proper cleaning and disinfection of the office building, emergency preparedness, availability of medical staff, air and water quality, tenant communication and innovative approach. In addition, Futureal is an active co-founder of the Hungary Green Building Council (HuGBC), which was launched in 2009 to promote sustainable and cost-effective building practices in Hungary. The association's WELL Working Group, as part of a larger collaboration, has created the WELL Comfort workstation, which offers a solution to many of the requirements of the WELL Building Standard and allows tenants to develop their own space to the highest standards. The project was also presented at Budapest ONE this autumn.

Following the first phase of Budapest ONE, all works related to the second and third phases developed in parallel will soon be completed. These two projects will provide 40,000 sq m of office space and nearly 3,500 sq m of commercial and service space, complemented by nearly 2,500 sq m of green space. The occupancy rate of the two latest phases has already exceeded 70 percent. Due to the successful mix of the excellent location, the unique architectural concept and the wide range of available services, several large companies have chosen Budapest ONE. The newly built parts of Budapest ONE will house Vodafone's new office centre, and BT's regional service centre has also moved in the building.

Located at the intersection of the Kelenföld railway station, metro line 4 and the M1-M7 motorways, Budapest ONE will add a total of 65,000 sqm of leasable space to the Budapest office market. The complex is easily accessible from the city centre, from the agglomeration and from other large towns in the countryside via the transport hub. In addition to the numerous shops and services at the ground level of Budapest ONE, the Etele Plaza shopping and entertainment centre also developed by Futureal is within walking distance for the office employees.