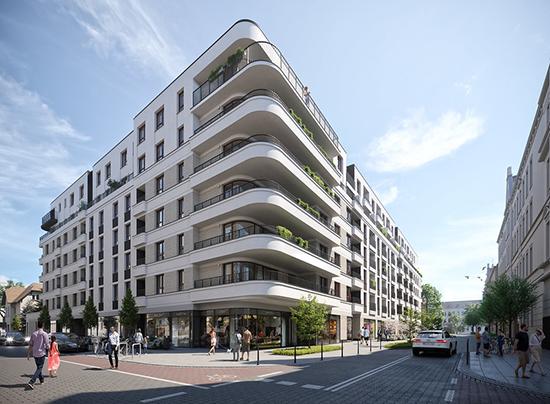 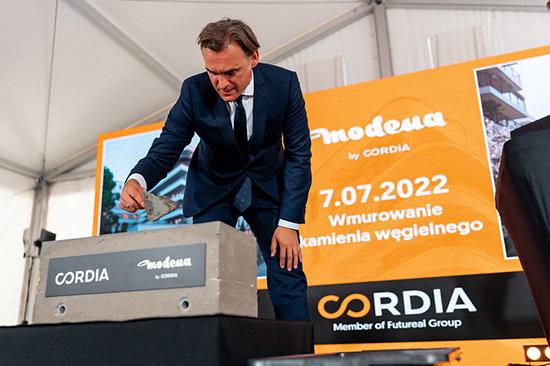 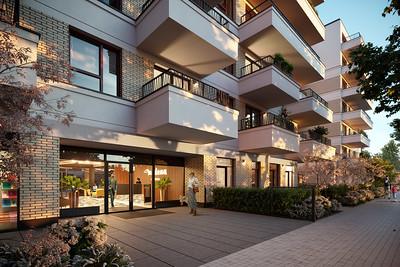 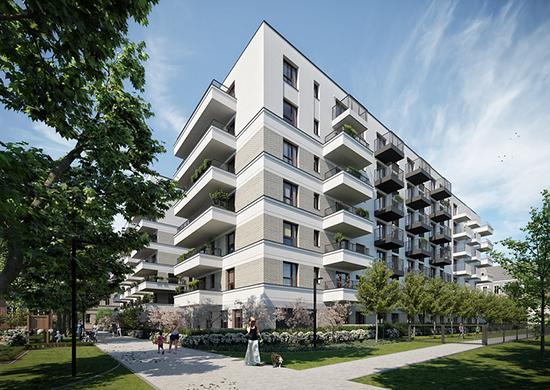 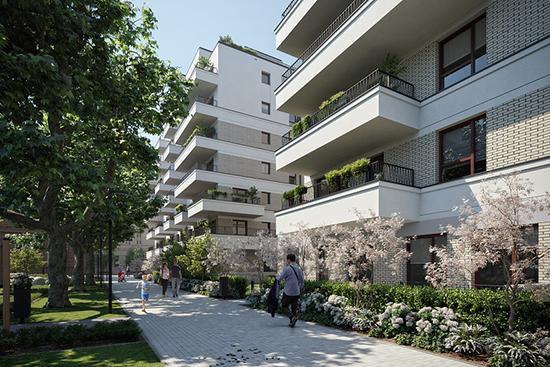 With the cornerstone laying ceremony, Cordia has begun its latest large scale urban regeneration project, the revitalization the site of the former Modena garment factory in Poznań, Poland. A modern, spacious, green residential complex will be created, directly referring to the style of the surrounding tenement houses.
Cordia, Hungary's leading residential property developer and member of Futureal Group, one of the largest property developer and investor groups in the Central and Eastern European region has started the revitalization of the site of the former Modena garment factory in downtown of Poznań, with the ceremonial laying of the cornerstones. The long-closed factory is an iconic site that set the fashion trends for the whole country during the time of the Polish People's Republic. The size and scale of this venture make it far more than a simple residential project. Instead, it is about regenerating an entire neighbourhood in the heart of the city centre.
The site of Modena factory, which has been undeveloped for over two decades, will be returned to the 5th most populous and one of the oldest Polish cities along with a neon sign from the 1980s, a historic water pump and an avenue of plane trees over 100 years old, which Cordia intends to open up to all the city’s residents. The new estate will blend perfectly into the eclectic tenement neighbourhood, e.g. through the brick-like facades, the distinctive curves of the walls and balconies and, which is a rarity, the stylish interiors of the common areas, including an elegant, representative lobby.

Cordia's new urban regeneration project is also distinguished by its green space – the new quarter will have more green areas that the undeveloped site has ever had, including a recreation area with benches and hammocks and an internal green patio. In addition, the developer has integrated a number of eco-friendly solutions into the project, including photovoltaic solar panels, green roofs, a retention reservoir and an automatic irrigation system. They will have a positive impact on the entire neighbourhood.

“This is our first project in Poznań, so I am even more pleased that we have achieved what many before us have failed to do: to ensure that this forgotten but key place for the city's identity is given a second life. For Cordia, this is a dream project, because our group has a lot of experience in the field of urban regeneration. Our portfolio includes, among others, the award-winning Corvin Promenade project, the largest example of a comprehensive renovation of an entire quarter in Central Europe,” says Tomasz Łapiński, Head of Residential Development Poland at Cordia.

Corvin Promenade in Budapest, Hungary was the very first urban regeneration project in Cordia's portfolio. With an area of approx. 500,000 sqm, this large scale project was launched in 2007 and is still under development, with its last residential building to be completed in 2022. As a result of Cordia's cooperation with the city, a forgotten, neglected part of Budapest has turned into an iconic space, with new residential and office buildings, sports and leisure facilities, as well as a green, spacious promenade with commercial premises. The project has won several major industry awards, including the ULI Global Awards for Excellence.

Another urban regeneration project of the Futureal Group, already completed, but also located in Budapest, was the revitalization of the Kelenföld district. In the period of 2013-2022, a new city centre with the largest intermodal transport hub, Hungary’s first smart shopping centre, Etele Plaza, and a sustainable office building, Budapest ONE, were created.

Simultaneously, Cordia has been developing other projects in Europe to revitalize the urban fabric. As an example, the company has announced that it will soon launch another project of this type in the Wilanów district of Warsaw, capital of Poland.

“Regenerating large-scale urban spaces and whole districts is in the DNA of both Cordia and Futureal. Building on this experience, we are continuing our work with further revitalization ideas, besides Poland, we have such projects in the pipeline in Hungary and also in the UK. We aim to create sustainable, liveable, green and smart spaces, with exceptional services,” says Tibor Földi, Chairman of the Board at Cordia International.
Summing up, the Modena estate will be built in four stages, the last of which will be completed by 2028.