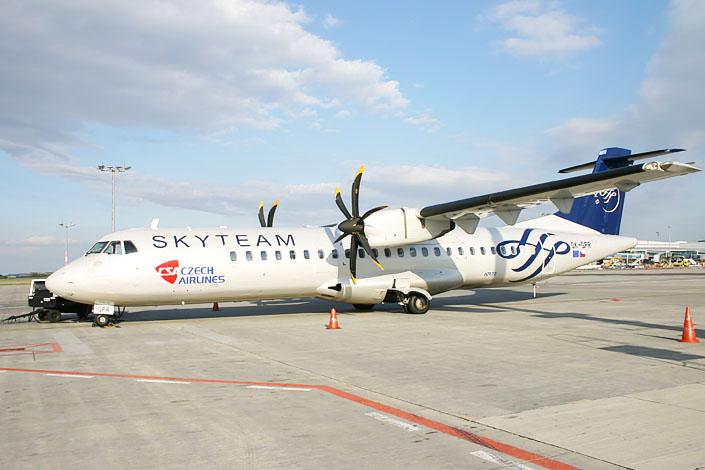 The District Court for Prague 6 today annulled the detention of two aircraft from the Czech Airlines fleet (CSA at Prague Airport) as a preliminary measure. The court assessed the detention of the aircraft as in conflict with the protective measure under which CSA is now, said Smartwings spokeswoman Vladimíra Dufková. According to her, the airlines should get the planes back. The aircraft were confiscated at the beginning of February due to unpaid invoices by Czech Airlines Technics (CSAT), a subsidiary of Prague Airport. The company disagrees with the decision and appeals against it. At the same time, it plans further legal steps in the matter.

According to CSA, which belongs to the Smartwings group, the detention of aircraft was illegal from the beginning, as the company is subject to a protective moratorium against creditors. The airlines therefore went to court. According to the carrier, the court granted its complaint today. "Among other things, it stated that if the interim measure had not been ordered, there could have been a de facto liquidation of CSA's operations. The court also found that the Prague Airport Group's conduct was in conflict with maintaining and maintaining the existing operation, "the Smartwings group said today.

Following this decision, according to Smartwings, CSAT must immediately return the detained aircraft.

According to spokeswoman Kateřina Pavlíková, CSAT and the parent airport of Prague will respect the decision, but in principle do not agree with it and plan to appeal. In addition, it is preparing other legal steps to protect the company from the negative effects of court action.

"We consider it non-standard that the court based its decision on CSA's proposal only on allegations and information submitted to the court by CSA in a way that portrays the whole matter very unilaterally without any opportunity to comment and defend themselves. "In our opinion, our company acted in accordance with the law and we are convinced that the Court of Appeal will agree with us," she said, as a significant and legitimate creditor of CSA. Pavlíková.

Czech Airlines had to cancel some regular flights on which ATR aircraft flew after the aircraft was detained. According to the carrier, the situation also has international consequences, because the owners of the aircraft are foreign companies and CSA only operates them. However, the airport denied that the detention of the aircraft could jeopardize CSA's operations, as the Smartwings Group owns over 40 other aircraft.

Smartwings and CSA are currently under a protective moratorium against creditors. It expires at the end of February. The air group is asking for help from the state. For CSA, it wants non-repayable support of CZK 1.1 billion, without, according to groups, the carrier is waiting for insolvency proceedings, because airlines are not entitled to support from other subsidy programs. The group is also asking the state for half a billion in compensation for canceled flights last spring.