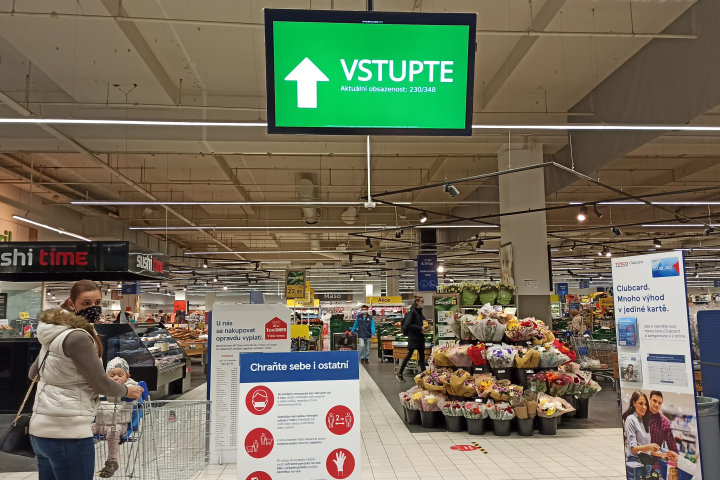 When stores re-open on Wednesday after Tuesday's bank holiday, they will only be allowed to serve a single customer per 15 square meters of retail area. While the limits had been announced at the end of last week, most retailers expected them to go into force at the beginning of next week. With most grocery chains finding out about the new restrictions only on Monday, they said it would be impossible to deploy the necessary equipment during the day off on Tuesday. The president of the Union of Retail and Tourism Tomas Prouza has repeatedly warned that the restrictions will only serve to increase the risks of infection as long lines are likely to form outside stores. Once inside, he said, shoppers are likely to revert to panic buying, but this time there could even be conflicts between people. Prouza said that there's been no expert justification for the 15 square meters per customer limit. The fact that shopping hours have been extended to 9:00 pm will be of little use to most people, since the 9:00 pm curfew is still in force.