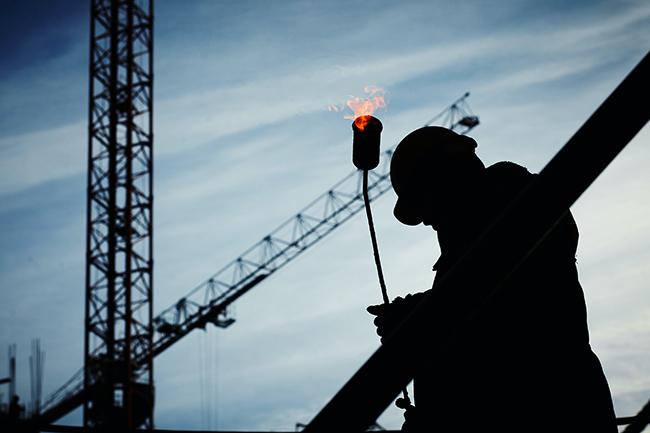 The prices of some construction materials, such as iron, wood products and polystyrene, are falling after a sharp rise in prices in the first half of the year. According to the seller of building materials company Pro-Doma, number two on the domestic market, only a slight increase in prices can be expected by the end of the year due to rising production costs. Company representatives stated this at a meeting with the media today.

On average, according to the estimate of Pro-Doma CEO Petr Vaněrka, building materials have become more expensive by 25 percent since last January. Prices peaked in March and April, when iron and wood, for example, rose in price by more than a hundred percent compared to last year, and masonry by up to 80 percent.

"Each material became more expensive for a different reason. Cost ingredients are mixed together, which include the price of raw materials, energy, fuel, labor and interest from sources," Vaněrka calculated. He added that the beginning of July brought a significant cooling and the construction market is falling.

According to Vaněrka, the price of wood, which is transported a lot from Poland, has jumped from 500 crowns per cubic meter to over a thousand crowns and is now the same as last spring. It's the same with polystyrene. Manufacturers had a shortage of components, and the outage caused an increase in prices - for facade polystyrene from CZK 850 to more than CZK 2,000 per cubic meter. "Now the delivery times are starting to shorten and the price is starting to drop," Vaněrka said.

Sellers now, especially for masonry and bricks, order goods in limited quantities in advance. "Perhaps the cement manufacturers promised one hundred percent of last year's production volume and only a little more. They say, this is your package and manage it as best you can. For some goods, you even beg for the supplier to deliver the goods he promised," Vaněrka pointed out. Compared to previous years, the company buys three times more materials in order to have something to sell.

According to Vaněrka, it is difficult to estimate the development of the situation, but she believes that prices will no longer have large fluctuations. According to him, materials that have skyrocketed in price will fall or stagnate, and the price increase will generally be in the order of one percent. Especially those dependent on energy will become more expensive. According to him, some producers may give up some of the profits in the future. "Which are often 50 percent," he pointed out.

Stavebiny Pro-Doma was founded in 1990 by Josef Mařinec. The company originally focused on smaller cities, now it operates nationwide and has around 1,600 employees. Last year, it reported sales of 13.6 billion crowns and profit after taxation of 700 million crowns. It bought Woodcote last year, which was approved by the Office for the Protection of Economic Competition (ÚOHS) in December.

The size of the building materials market in the Czech Republic is estimated at 100 billion crowns per year. In addition to the dominant companies DEK and Pro-Doma, Stavmat and Izomat belong to the larger companies.