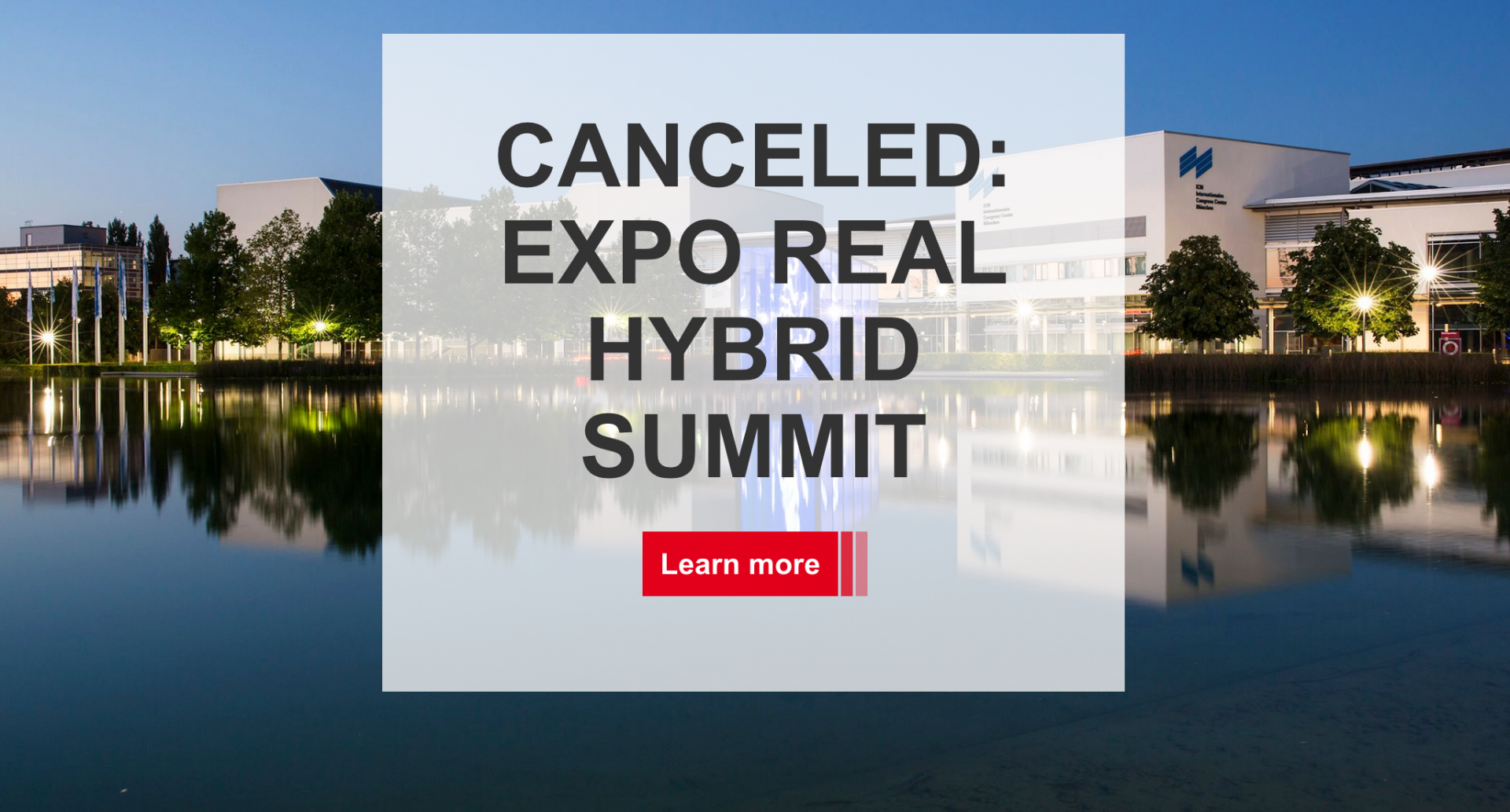 The EXPO REAL Hybrid Summit planned for October 14 and 15, 2020 has to be canceled at short notice due to the currently worsening COVID-19 situation in Munich. Numerous participants had previously declared their intention to not participate. Justifying their decision, they pointed out that Munich has been declared a risk area today and that the situation in Germany and other European countries has worsened dramatically in recent days and hours.

The cancellation concerns both the physical and the digital part of the event. Since both formats of the Hybrid Summit are interlinked and mutually dependent, even a purely digital event would not have made sense under these circumstances.

In agreement with the Advisory Board, in June Messe München decided to organize EXPO REAL under the banner “EXPO REAL Hybrid Summit—The Hybrid Conference for Property and Investment” as a physical and virtual meeting place for the real estate industry. By developing a comprehensive protection and hygiene concept, Messe München had done everything in its power to ensure that this hybrid conference and accompanying exhibition could take place with official approval. However, due to the current developments both in Munich and throughout Germany it is imperative to cancel the EXPO REAL Hybrid Summit only two days before its scheduled start.

Yesterday at noon, the German Robert Koch-Institute (RKI) classified Munich and other cities and administrative districts in Germany as risk areas. The incidence of infections has also increased dramatically in other European countries. Many speakers and participants declared that they would not be traveling to Munich. It can also be assumed that further participants and speakers would have decided against the summit at short notice.

Klaus Dittrich, Chairman and CEO of Messe München regrets the cancellation at short notice, but sees no other option: “The decision is, of course, a tough one, but it is to protect our customers. According to current developments, the EXPO REAL Hybrid Summit would not have become a meeting place for the real estate industry and would therefore not have met its own claims. Moreover, under these circumstances, the event would have disappointed the customers’ expectations.”

Messe München will promptly reimburse the fees paid for the participation in the exhibition and for the tickets.