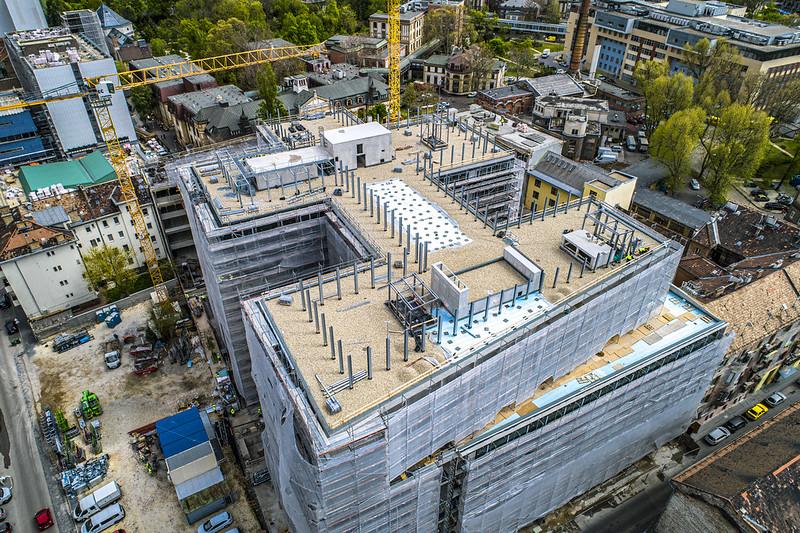 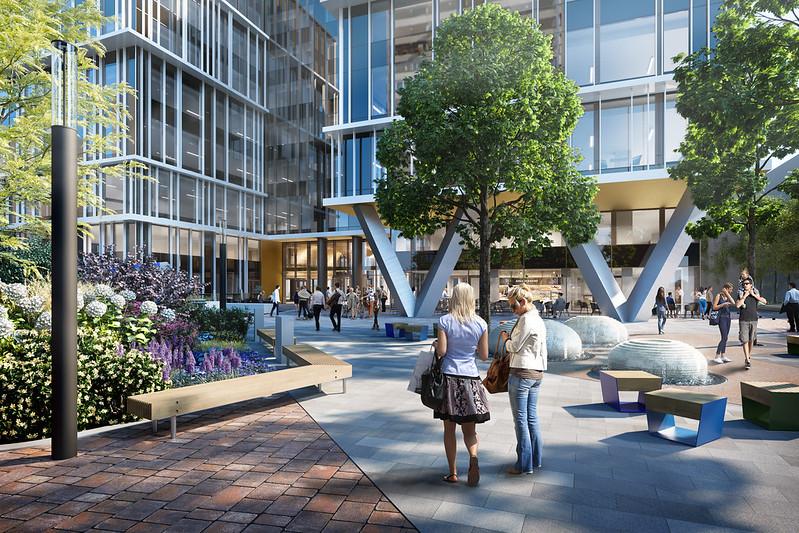 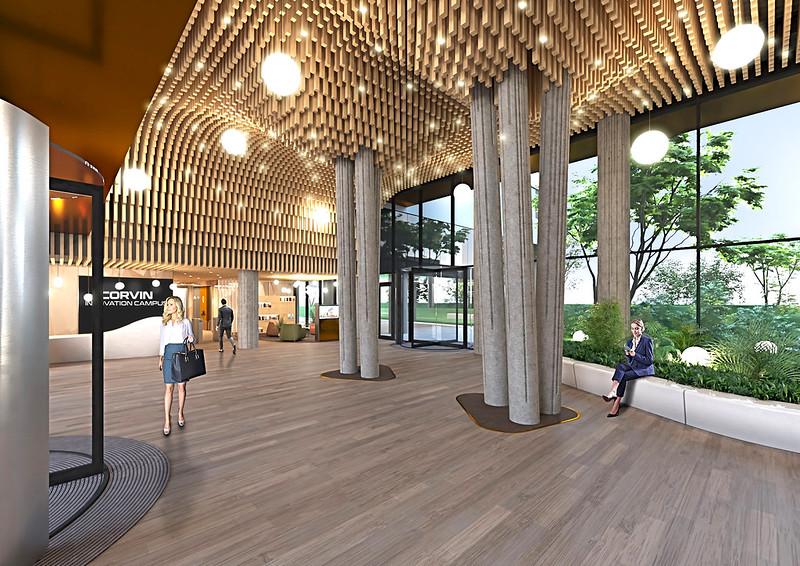 Futureal has signed a loan agreement worth 79,5 million euros (approximately 29 billion forints) with UniCredit Bank to finance the construction and long-term operation of Corvin Innovation Campus. The first phase of the almost completely contactless office building will be completed by end of 2022, the first tenants can already move in the first quarter of the next year. The construction of the second phase is also in progress according to plan, and it will reach its highest point during this summer.

UniCredit Bank will provide EUR 45 million and EUR 34,5 million in loans to Futureal for the realization and operation of the first and second phases of Corvin Innovation Campus for a period of 9 years. The new-generation building is being developed under Futureal’s Stay Safe initiative designed to respond to the changing market demand due to the epidemic. The first phase of the nine-storey complex will provide 16,650 sq m of GLA, while the second has 14,310 sqm of GLA in the immediate vicinity of Corvin Promenade, at the intersection of Szigony, Tömő, Apáthy and Balassa Street.

The popularity of the innovative and well located Corvin Innovation Campus is demonstrated by the fact that despite the challenges posed by the pandemic the modern office building’s first phase reached nearly 60% occupancy rate during the launch phase of the construction. The office complex was designed to meet the expectations of the digital age, while a huge emphasis has been put on creating a green environment. It has been developed and will be operated according to BREEAM sustainability and the human-centred WELL Building certification system. The pet friendly office building located nearby a metro station is easily accessible by public transport. An increased number of bicycle storage spaces as well as separated showers and lockers, café and restaurant will also be available for office employees and their guests.

"Corvin Innovation Campus becomes the next chapter of the internationally praised Corvin Promenade’s success story. The agreement with UniCredit Bank is yet another recognition of the decade-long work and professional expertise Futureal has put into revitalizing a previously neglected area in the heart of Budapest," said Laszlo Balassa, Project Director of Corvin Innovation Campus at Futureal.

As part of Futureal’s Stay Safe initiative common areas at Corvin Innovation Campus will become almost completely contactless. Automatic doors and light switches with card sensors, as well as safe distance signs will be set in the building. Based on their decision during check in the above average size elevators will take employees and visitors to the right floor without touching a button, the toilets will also be equipped with contactless rinsing, hand washing and soap dispensers.

At the main entrance of the Corvin Innovation Campus, Futureal is realizing a 900 sqm memorial park, which will be named after the famous Hungarian actress Irén Psota, who was once born in Tömő Street. The park will also be filled with trees, benches made of tropical wood and community functions.