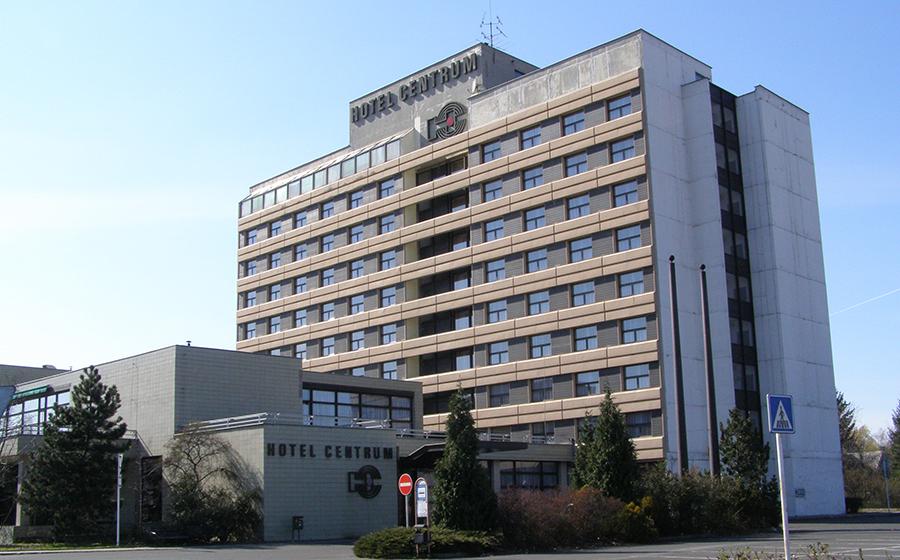 The municipal company DISTEP, which provides heat supply and distribution in Frýdek-Místek, has started clearing the former Hotel Centrum. It purchased the building from the city last year for CZK 44 million and part of it will be reconstructed into its new headquarters. Jana Musálková Jeckelová, a spokeswoman for the municipality announced today.

The company's management and the transport and maintenance center will relocate to the non-functional premises of the restaurant section. Premises for apartments and civic amenities will be reconstructed in the accommodation part. "DISTEP is clearing these areas and the waste is expected to be several hundred tons. It is worth mentioning here that city companies can work together effectively. also from an ecological point of view, because sorted waste can be further processed and does not have to be landfilled," said Deputy Mayor for City Property Radovan Hořínek (YES).

According to the spokesperson, two men from Ukraine are also helping with the clearing work. "We contacted the Labor Office in Frýdek-Místek. It recommended two men who were interested in working at the refugee contact center. We made agreements with them and joined us. They both do hard demolition and clearing work. They are hardworking, communicative and we are very satisfied with them," said Jiří Čuda, Chairman of the Board of Directors of DISTEP. He added that the company is ready to employ other people interested in this manual work.

In the part of the building, electrical circuits have already been put into operation, as well as elevators, which will be maintained in the future. Employees will also use them for clearing work and future reconstruction of the building. The company also wants to use the original technology of a large-capacity exchanger, which is located in the basement of the hotel and is gradually dismantled. "There is a huge water tank under the exchanger. We decided to analyze the possibilities of draining rainwater into it and then use it, for example, for flushing and as a backup source of water in case of fire," added Čuda, which he said could help to save drinking water.

The city bought the dilapidated Hotel Centrum in 2018. "The original plans to rebuild and build accommodation for the elderly proved unrealistic due to the technical parameters of the building. half a billion crowns, "the spokeswoman reminded. In the end, the building was bought by a city company, which will gradually reconstruct it. He plans to sell the existing headquarters and other buildings in his property. The sale of the town company's building last year provoked criticism from opposition representatives. They pointed out that the material was not sufficiently prepared for the fact that the city had bought the building in the past with a different intention.