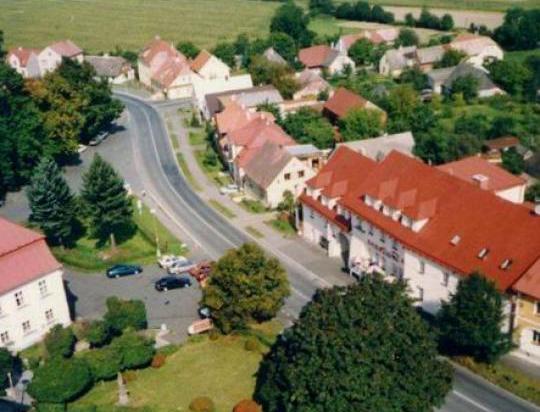 Klenčí pod Čerchovem in Domažlice is preparing two residential zones, the largest in the last 30 years.

The apartment buildings will be built in the former barracks, and plots for family houses will be built between the kindergarten and the cemetery. The town with 1,300 inhabitants wants to attract young families with children, according to mayor Jan Bozděch (BEZPP for the KSČM). There is a lot of work in Klenčí, half of the population works in local companies, he added.

"In the former barracks, close to the center, we are now conducting a buildability study and we hope that we will start demolishing the first houses there this year," said the mayor. Houses with 50 to 100 flats are to be built there. The city is not yet clear whether it will finance the project itself or with the developer. "If someone helped us with that, it would be easier," Bozděch said. In the area of ​​the former border guard barracks, there are networks that will have to be overhauled and then taken out to where the new houses will stand.

"In the planned zone between the kindergarten and the cemetery, where there should be 12 plots, this year we are trying to buy land for future roads, where we will lay networks. We want to have a project for that as soon as possible," said Bozděch. The owners do not want to sell the land for construction yet. The city also does not oppose the development partner there. "Apartments and plots are the only chance to get young families with children here," he said. In Klenčí, there is still a location under the school in the zoning plan, where the city or its partner will have to negotiate with 30 landowners.

"Today, it is very difficult to access finance. Social housing is supported, but we need regular apartments 3 + kk and 4 + kk for families, which no one subsidizes. It must be our investment, which will eventually be turned into financing by If we borrow it, there is a risk that we will fall into the credit trap, but these investments cannot be reached other than with a loan," said Bozděch.

The town with an annual budget of around CZK 26 million will build a sewerage system in the upper part this year, roughly in its middle, for ten million, more than half will be given by the Ministry of Agriculture. This will get rid of the septic tanks that most people have there, improve the environment and make the most of the wastewater treatment plant. He is also preparing a sewerage project in the locality near the cemetery for the future residential zone for CZK 1.5 million. For half a million crowns, it will repair the stairs to the church and reconstruct the café in the 100-year-old historic fire station in the center, the designer's budget is CZK 1.5 million. They are also preparing the insulation of the basement of the primary school and the replacement of the electrical installation.