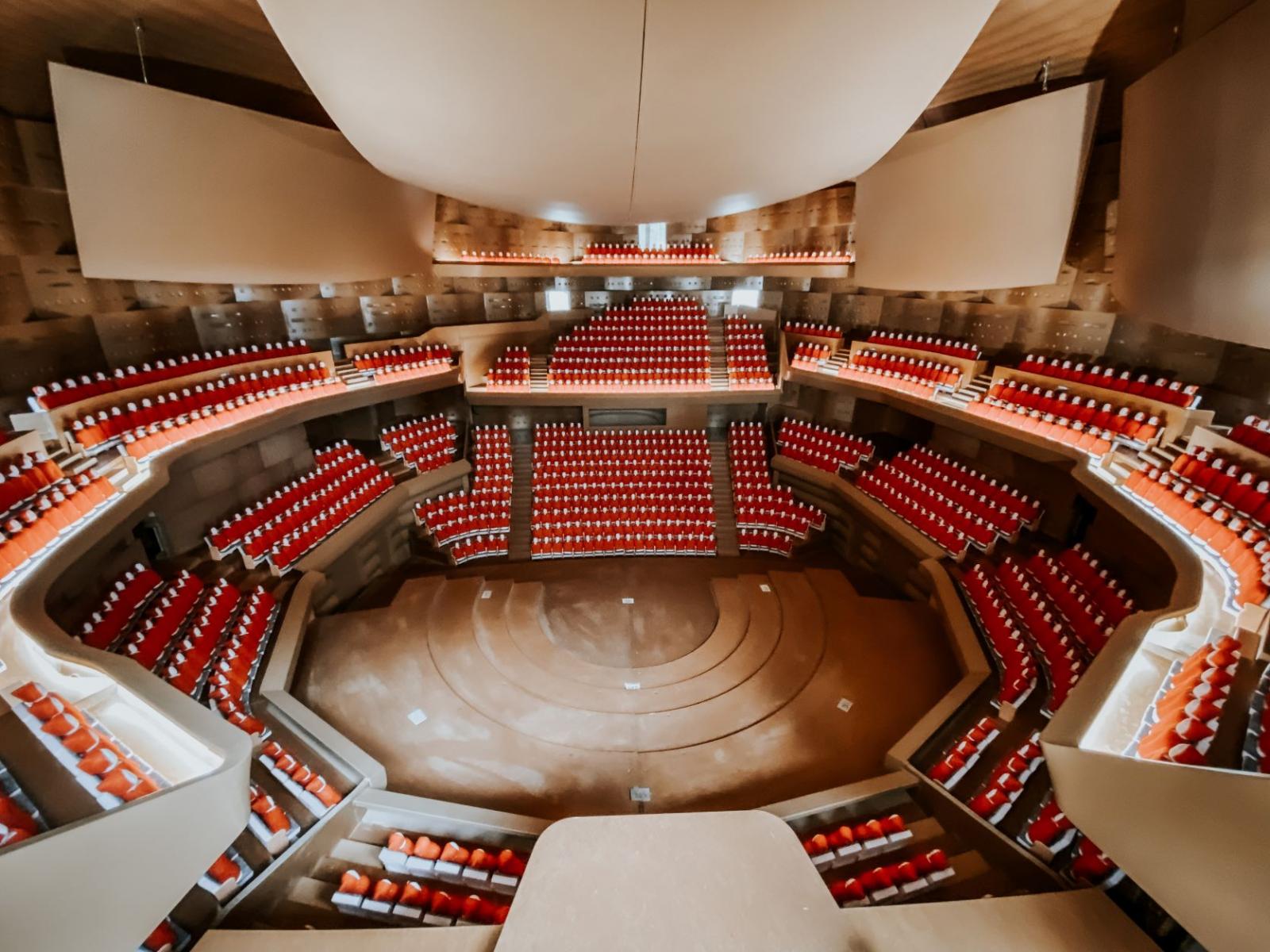 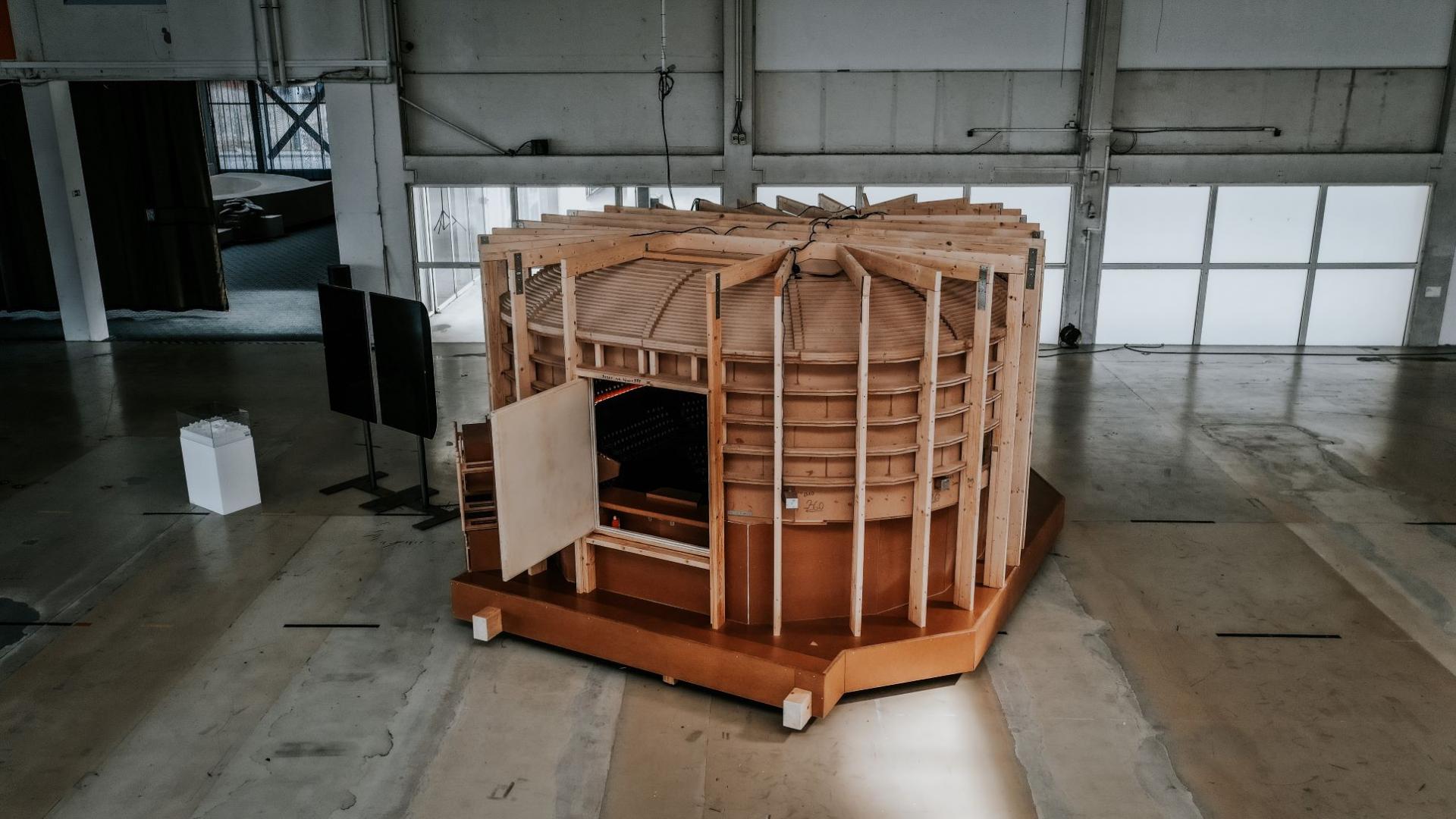 For several months, only figurines with hair and clothes were seated on small upholstered chairs in the 1:10 scale model of the interior of the Ostrava concert hall. They thus imitated the audience in the hall and helped in the simulation of real acoustic conditions. Precisely in order to achieve the best acoustic parameters of the future concert hall, a perfect copy of its interior was created, where a series of acoustic measurements took place. This was carried out by the Japanese company Nagata Acoustics for several months in specialized workshops in Munich Hradiště. From there, after the measurements were completed, the model was transported to Ostrava, where it has been made available since July 13 in the city gallery PLATO in the premises of the former Bauhaus hobby market. The public can thus already get an idea of ​​how it will look or sound in the concert hall. In a few years, listeners of various musical genres will visit the hall on a real scale. The extension of the concert hall itself, according to the design of the New York architect Steven Holl, is part of the reconstruction of the existing House of Culture of the city of Ostrava. The entire complex will then offer multifunctional use for cultural, educational, but also commercial purposes.

"Work on the project of the concert hall and the reconstruction of the cultural center, which is beyond the limit of its useful life, continues according to plan, and now especially in terms of securing external financing, without which the project cannot be implemented in full. A contract for their financial participation in the amount of 300 million CZK was already concluded with the Moravian-Silesian Region a few days ago. An application for funding under the 3rd pillar of the Operational Program Just Transformation (JTF) is in the process, as well as an application for drawing a subsidy from the Operational Program Environment. Negotiations are also ongoing with the state, which, like the Moravian-Silesian Region, has promised to participate in the financing based on a memorandum of cooperation from 2018. In addition, the city has been systematically saving its own financial resources for this investment since 2017 in the purpose-built Fund for the Construction of a Concert Hall," says Tomáš Macura, mayor of the city of Ostrava.

First testing of the hall by the public / For several months, only experts from Nagata Acoustics tested the acoustics in the interior model of the hall, but now anyone can look inside the model. Singing, shouting, clapping – even this is allowed thanks to the modification of the model for public access. So everyone can do their own acoustics test.

Modification of the model for display and transport to Ostrava / "For the display of the model, after the measurements were completed, it was necessary to carry out several substantial modifications to its interior so that it best represents the future appearance of the concert hall," says Jan Antoš from the company Aveton, which is behind the production of the model and supplies "the most complicated point of the preparation was the transfer of the three-ton model from the high platform to the transport beams for truck transport. The step-by-step carving of the substructure and the careful lowering of the model using forklift trucks was really exciting for everyone involved. Subsequently, the load-bearing perimeter structure was strengthened or additional ceiling beams were installed." The model left for Ostrava on the night of July 11 to 12, and during July 12, final adjustments to the model were carried out on site - installation of figurines, seats, ceiling panels, etc. From On July 13, the model is part of the exhibition spaces of the city gallery PLATO.