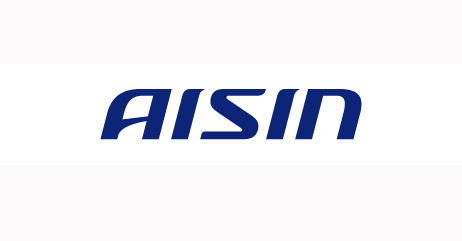 Advics Manufacturing Czech, which produces brake systems for cars in Písek, will reduce production from September. She offered the employees that they could temporarily transfer to the sand company Aisin Europe Manufacturing Czech. Aisin will receive the first of these in September. The temporary loan of the workers will be for a maximum of three years before Advics begins mass production of the new type of brakemen. Employees who do not want to go to Aisin will be fired, so far no one has been fired. The reduction in production will last until roughly 2025. This is based on information provided by trade unionists, Advics, Aisin and employees.

Advics rents half of one hall in the premises of Aisin. Both companies have parent companies in Japan. According to the union, Advics employs 59 people in Písek. The company said it has 112 workers. As trade unionist Milan Vaněček announced, the company first produced one type of brake since 2014, and started production of a new one two years ago. Now the production of the old ones will end and it will take about three years to develop a new system, for example for Mercedes or Renaults. Brakes are produced by Advics on three lines.

The reason why the employees are to move to Aisin is the reduction in production volume, which will last approximately until 2025. "Our company values ​​its employees very much, and therefore does not want to proceed with layoffs due to redundancy. The reduction of orders will be solved by temporary assignment to an employer in the Aisin group. So far, more employees than we expected have shown interest," said Advics personnel manager Kateřina Jalčová.

The first five employees will move to Aisin in September. They should then gradually return to Advics again. "I rate it positively for the unions. They could have said: 'You, you, you will go' and they didn't have to mess with us at all. This way, the employees won't lose money. For people, this is the best option that can be," said Vaněček. He added that employees who refuse to go to Aisin will be fired and given severance pay.

Písecký Aisin, which supplies engine parts to European and Japanese car manufacturers, can take Advics employees to any position in the production hall, such as production worker, electromechanic or laboratory technician. "We are able to take on enough of them so that Advics does not have to lay off anyone. It is not a permanent transfer of people, it is a temporary loan. Advics continues to produce and supply, it will just reduce the volume of production and the number of employees. We have an agreement that the first batch we would they were supposed to receive from September 1. It is with an expected duration of three years, if Advics needs them sooner, we will return them sooner," said Aisinu Miloš Hnízdil, executive director.

Advics divided the temporary assignment of employees to Aisin into several phases. According to Jalčová, it is now impossible to say how many of them will remain in Advics. "The goal is to keep all current employees and bring them back to Advics after acquiring new planned projects," said Jalčová. As she added, the company is not planning any layoffs yet, it does not want to lose experienced workers.

All employees have not yet decided whether to join Aisin. "Since September, we have reduced production. They (Advics) will only need thirty people for two shifts, they will cancel the third shift. The project where we make old brakes is coming to an end, there is another project in development, but it will take three years to work on it. The meeting was said that the company is not interested in people leaving, that they want to maintain employment. Anyone who refuses to go to Aisin will be fired due to redundancy," one of the employees told ČTK.