Prague will issue tender for the reconstruction of Náměstí Jiřího z Poděbrady for CZK 309 mil. 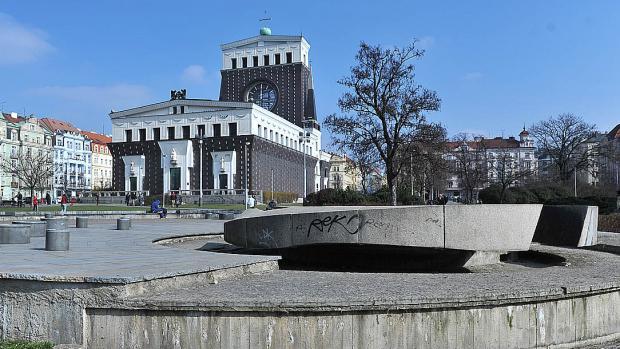 The Prague Municipality will issue a tender with an estimated value of CZK 309 million excluding VAT for the reconstruction of Jiřího z Poděbrady Square. The plan was approved yesterday by the Prague councilors, who also voted that the city will take over the reconstruction project from Prague 3. Work on the modifications, which have been in the works for over 20 years, should begin at the end of this year, according to earlier information.

According to the approved document, the square is important for the entire city, so it makes sense that the municipality should pay for its repair, also considering the presence of the listed Church of the Sacred Heart of the Lord by architect Jož Plečnik. "The current state of the square and its architectural appearance were gradually created by non-conceptual modifications, especially since the 1970s, which are completely inconsistent with the significance of the national cultural monument," the document states.

Modifications to the square have been discussed for a long time, the original proposal in the past caused criticism among local residents. For example, they did not like the intention to remove the fountain or, according to them, the insufficient amount of greenery. The current management of Prague 3 had the project modified with the involvement of local residents. The current version provides for the preservation of the fountain and the greenery, according to the representatives of the city district, will increase.

According to the approved document, a larger space for holding public events is to be created in front of the church, which will be lined by an avenue of plane trees. The proposal also includes the improvement of irrigation and the improvement of the quality of green areas, including the construction of a retention tank. Surfaces and furniture will be repaired.

The Prague transport company also started the repair of the metro station on the square last September. There will be new lifts for wheelchair users and parents with prams, escalators will be replaced and other parts of the station will be repaired. The repair will take over two years, and from January next year the station will be closed for ten months. The municipality has been preparing the reconstruction of Vinohradská street for a long time. The city has not yet announced when the work will begin.