The EHS Group invests in M&M Reality, the plan is to expand into Europe 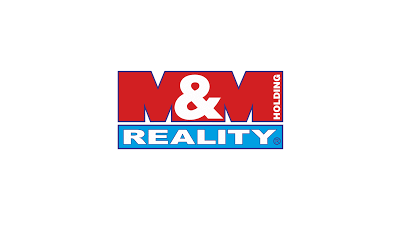 M&M Reality has acquired a new investor, the European Housing Services (EHS) group of investor Mark Rosenbaum is taking a fifty percent stake in Petr Morcinka's company. The goal is to strengthen the position on the domestic market and under the M&M Real Estate Europe brand to be a strong player in Central Europe within three years. They will prepare to enter Germany and Austria this year. They plan to invest over CZK 3 billion in development. The companies did not state the price of the transaction.

In addition to the strengthening of real estate activity, the entry of EHS into M&M Reality should also involve the purchase and holding of real estate, the development of alternative financing options, and a further shift in IT systems. "We already have technologies that exceed the common standard of the Czech market by many classes. Joining forces opens up an opportunity for us to set a completely new real estate standard for the European market," said Morcinek.

The EHS group, which was established last year and includes, for example, the companies Bezrealitky and Maxima Reality, had planned to expand into Europe from the beginning, according to its statement. "We want to follow the path of meaningful acquisitions, and in the case of M&M Reality, we were interested in the good scalability of the business, which can be directly used in foreign markets as well," added Rosenbaum, investor and founder of the EHS real estate group.

In April 2020, M&M Reality announced that it was being acquired by the property group Arca Capital, but in November the companies announced that they had withdrawn from the announced entry.

M&M Reality is one of the largest companies on the domestic real estate market. The company has 185 branches throughout the Czech Republic and approximately 2,500 brokers. Annually in the Czech Republic, they will ensure the sale and rental of approximately 17,000 properties with a total value exceeding CZK 45 billion. Of this, the company, for example, conducted over 1,500 auctions with a value exceeding CZK 5.7 billion in televised auctions last year and this year.

This year, the EHS Group invested, for example, in the Ownest project, which provides a self-financing rental model for up to five years, and real estate auditors Nemo Report. Last year, to the start-up Roomstory and real estate service Maxima Reality.