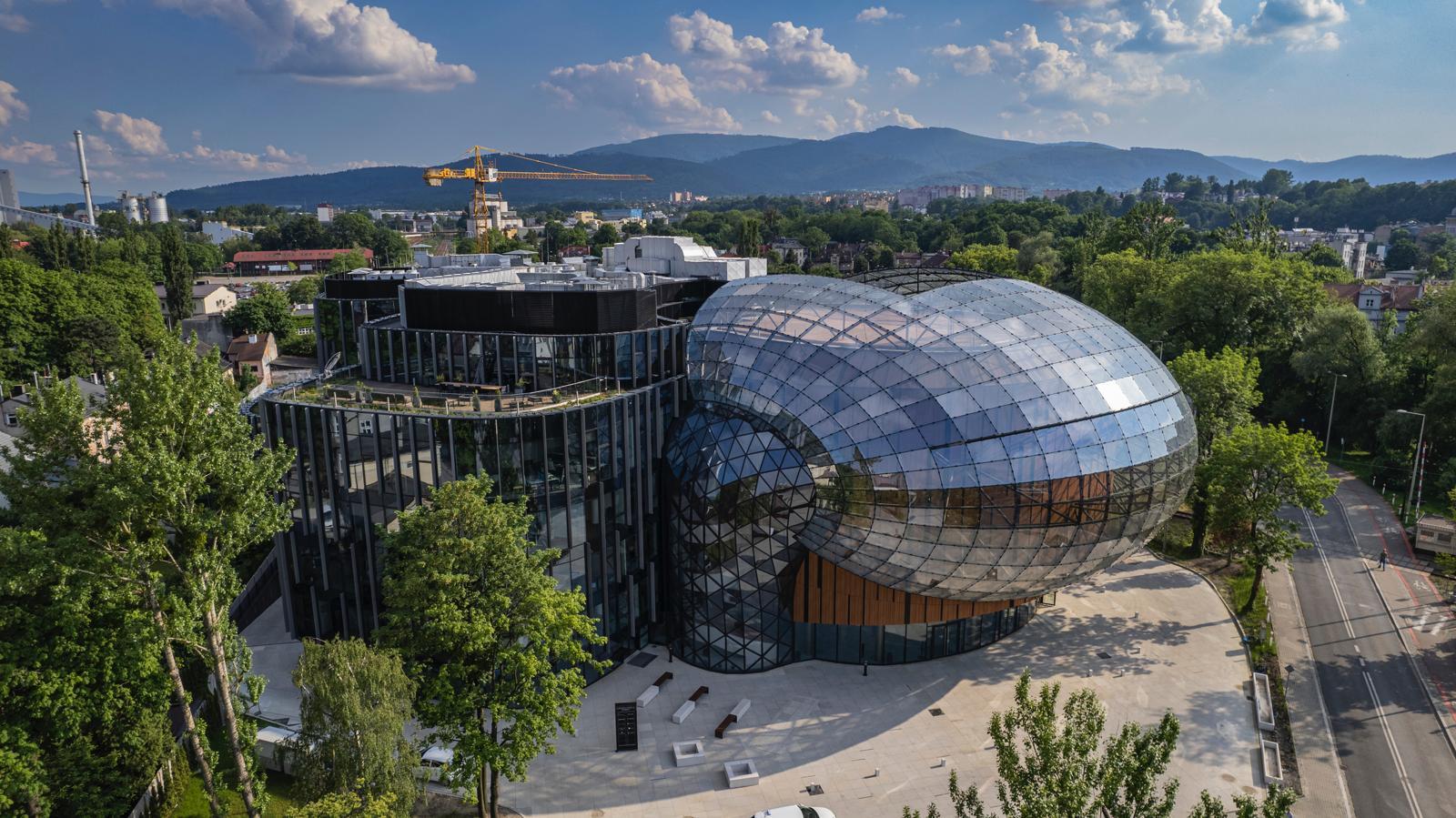 Cavatina Hall A, the first building in Bielsko-Biała offering the highest quality office space, has achieved over 96% of occupancy. With its futuristic, functional and sustainable investment, Cavatina Holding has met the needs of the market, which successively attracts international concerns, including from the auto-moto industry and modern services for business and IT.

Bielsko-Biała is a good example of a city with a population of 150-299 thousand. residents, which in a thoughtful way complement the offer of larger cities. This is favored by both the location at the crossroads of international transport routes, the developed infrastructure, human capital and the initiative shown by the city authorities.
Bielsko-Biała, next to cities such as Opole, Częstochowa, Białystok and Kielce, is one of the places where the number of people employed in business service centers is gradually increasing. According to ABSL (Association of Business Service Leaders) in the latest report [1], in total in cities included in this group, employment in the sector increased over 5 years from 13.5 thousand. up to 18.7 thous. people.

Cavatina Holding, as the first office developer, appreciated the potential of Bielsko-Biała and offered companies developing and entering this market office space in the same standard as the best facilities in Warsaw or other major cities. Cavatina Hall is a project unique on a national scale, in which offices and service and commercial spaces combine with a culture-creating part - a concert hall for 1000 people and a recording studio.

The Cavatina Hall investment has become a prestigious address in Bielsko-Biała, where modern office spaces and a breathtaking concert hall are located under one roof. It is here that business associates with high culture on a daily basis. It is not surprising then that Cavatina Hall was commercialized so quickly. Many companies, especially in the sector of modern business services, want to be proud of the location of their offices in such surroundings," says Przemysław Kamiński, Deputy Mayor of Bielsko-Biała.

Building A, commissioned in 2021, is almost completely leased. Companies such as Asseco and Preliminarily Software use high-class offices there. Companies can also take advantage of flexible spaces in the Quickwork serviced offices.

Cavatina Hall has become a new symbol of the city with its characteristic glass dome of the concert hall topped with a spacious terrace. It was quickly filled with tenants, who can freely arrange office spaces tailored to their individual needs with the help of designers and contractors from the Cavatina group. The multifunctional complex created by us undoubtedly complements the city's infrastructure, adapted to the needs of Polish and international companies that are developing more and more here," says Krzysztof Wilczak, Leasing Manager at Cavatina Holding.

Currently, the construction of the second building in the complex is underway, with a pre-let degree of over 60%. The investment will offer a total of over 15,500 sqm offices with a cultural part.

The futuristic, multi-functional project has been awarded many times, incl. in the prestigious International Property Awards competition. Cavatina's goal is to create a modern business center of the city and to provide the local community with the opportunity to experience the best live music by recognized artists from around the world.