UDI Group invests over CZK 9.5 billion in the Duga project in Belgrade 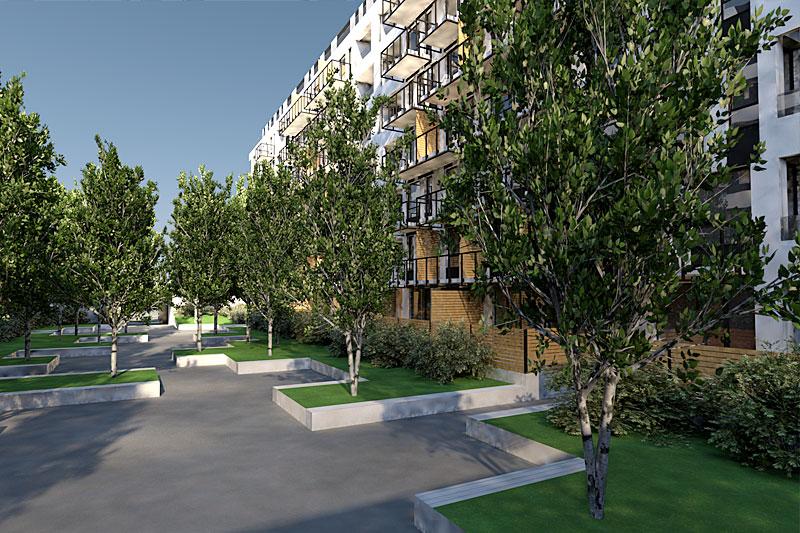 The international development group of Czech origin UDI Group is investing more than CZK 9.5 billion in the Duga project in Belgrade. It will build 2,320 flats and about 40,000 sqm of offices on the site of a former paint factory in the Serbian capital, designed by British architect Ian Bogle. Marcela Fialkova, director of strategy at UDI Group announced. According to her, construction is expected to start within the next year.

The Duga project originally envisaged mostly offices, but UDI Group added it to the master plan after an agreement with the city "Now our project is multifunctional with predominantly housing, which is in greater demand in the Serbian capital," Fialkova said. About 80 percent will thus be apartments, the rest offices and a hotel is also being considered.

Bogla was successful in an international architectural competition, which UDI Group said included Czech studios. According to Fialkova, the design offers a great urban solution that places great emphasis on the views of the park and the Danube from all buildings and a very high environmental standard. In the apartment buildings, the possibility of using geothermal energy for heat generation is addressed.

The UDI Group is building offices, apartments and logistics in the Czech Republic, Poland, Hungary, where it is investing almost CZK 5 billion in the centre of Budapest, Serbia, as well as in Costa Rica and Panama. It is working on 19 projects with revenues of around CZK 50 billion in the coming years.

Another Czech company, Sebre, also has projects in Belgrade. According to the company's website, it will start building the Marina Dorcol project there in the third quarter of next year, which includes 15 residential towers on a 4.3-hectare site designed by Czech architect Stanislav Fiala and Jelena Kuzmanovic from Serbia. Next to the film studios, the developer is planning the Avala project.