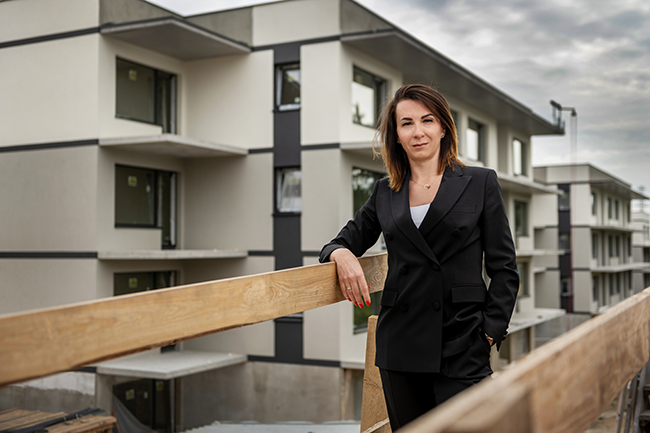 Westa Investments SA is preparing its largest investment project to date. Through its subsidiary H2 Energy, Westa Investments is gearing up the production of green hydrogen. H2 Energy has over 700 ha of land in the Górzyca commune in the province. Lubuskie, through which the Yamal-Europe gas pipeline runs, as well as the railway line No. 273, which is an element of the Trans-European Transport Network TEN-T. The representatives of Westa Investments, whose founders and main shareholders are Artur Paluch and his brother Piotr Paluch, emphasize that this is a multi-billion project with international potential.

"The production of green hydrogen based on large-area wind and solar farms is a powerful project with great business prospects. The location of the area, the climate policy of the European Union and the geopolitical situation, i.e. striving to become independent from imported gas, are strong impulses indicating the business sense of this investment," says Jakub Styczeń, H2 Energy board representative, who in the past worked, among others with the Arcelor Mittal group and sat on the management board of CTL Logistics GmbH, where he was responsible for management in the areas of purchasing, logistics and the organization of complex logistics projects.

As the investor's representative emphasizes, it is no coincidence that H2 Energy has its land less than 3 kilometers from the border with Germany. According to estimates by the German authorities, by 2030 only a maximum of 16 percent. the hydrogen consumed in the economy will come from local electrolysers. And that means Germany is permanently dependent on imports of green hydrogen. H2 Energy's plans therefore provide for the transmission of hydrogen via pipelines, tanks, barges and also by rail. As part of the project, a powerful intermodal terminal is to be built.

"The location of the planned investment as well as the intermodal terminal itself on the route of the main European transport corridors running through Poland determines the attractiveness of the entire project. Total powers assumed by us are in the order of a few gigawatts. And this means one of the largest projects of this type in Europe," emphasizes Jakub Styczeń.

Currently, preparatory work related to the investment and talks with private and public partners are underway, including from the Middle East and Western Europe.

At the same time, Westa Investments - after a series of successful investment projects in the real estate area - announces another, this time the largest, development project to date. Green Town (this is the working name of the investment) is an estate planned on several hectares of land in the south of Krakow. Ultimately, even 3.2 thousand sq m of land will be built on this land. flats and service premises, shops, kindergartens, playgrounds and green areas. According to the assumptions, the project will be worth PLN 1.7 billion.

"This is one of the largest projects of this type in the history of Krakow. We divided it into several stages. In the first one, we will build 200 apartments. Ultimately, by 2030, we want to give the residents up to 3.2 thousand. premises in the new housing estate," emphasizes Julia Bogdanowicz, managing director and shareholder of Westa Investments.

The planned revenues from the implementation of this investment are to exceed PLN 2.2 billion.

"We do not rule out that we will start new projects by then. We have, among others, concrete plans to build two exclusive, boutique hotels in great locations in Krakow," announces Julia Bogdanowicz.

Currently, Westa Investments - mainly focusing on the development industry - is running several other residential projects in Krakow. These are 5 projects at various stages of advancement (including Podedworze 9, Cieszyńska 9, Apartamenty Kosocicka, Glogera 30) - 800 apartments will be built by the end of 2024, and some will be commissioned later this year. In addition, by 2025, the first 200 units are to be commissioned in Green Town.

"Estimated revenues from already implemented and future investments with a usable area of ​​200 thousand. sqm it is over PLN 2.5 billion," says Julia Bogdanowicz and adds that Westa has over 20 years of experience in the industry and it is natural that she will look for ever bigger and more ambitious challenges. In the last few years, it has built over 1,000 apartments, and in the pioneering project PFR Nieruchomości has just delivered almost 500 apartments.

The Krakow-based company also invests in start-ups and has capital commitments, e.g. in a medtech project.

"The medtech niche is very close to us. We are looking for new innovations and interesting companies not only in this area," announces the managing director of Westa Investments.