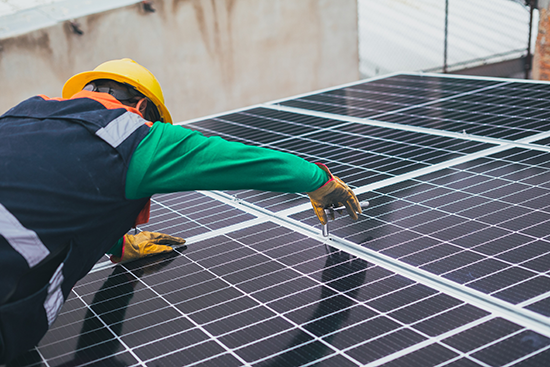 Poland could increase the target of the share of renewable sources (RES) in final energy consumption in 2030 to 33%, provided that wind energy and photovoltaics develop, according to the Instrat Foundation report.

In turn, the share of renewable energy in heating and cooling should be increased from 28.4% to 32.5%.

"We should already declare an increase in our RES ambitions and take steps to implement them. As we showed in the report 'What after coal? RES potential in Poland', the cost of energy generation will increase by 61% if we continue to implement the scenario of the Polish government's Energy Policy to 2040 (PEP2040). However, it does not have to be so! Our calculations clearly show that costs can be reduced by up to 50% compared to PEP2040, if we focus on photovoltaics and windmills," commented the expert of the Instrat Foundation Adrianna Wrona.

In practice, the way to reach the approximate value of 31% proposed by the European Commission in 2030 leads primarily through the transformation of the power sector.

"Achieving the goals in transport and heating left at the level declared in the NECP, while at the same time 61% in the electricity sector, will allow achieving a 31% share of RES in final energy consumption in 2030. Increasing the target in the electricity sector should therefore be a priority for Poland, not only for the sake of for climate purposes. It will also allow for the decarbonisation of transport and heating," says Wrona.

The tardiness in conducting Poland's energy policy will lead to an increase in energy prices, and the only way to avoid it is the development of renewable energy sources, the report emphasized.