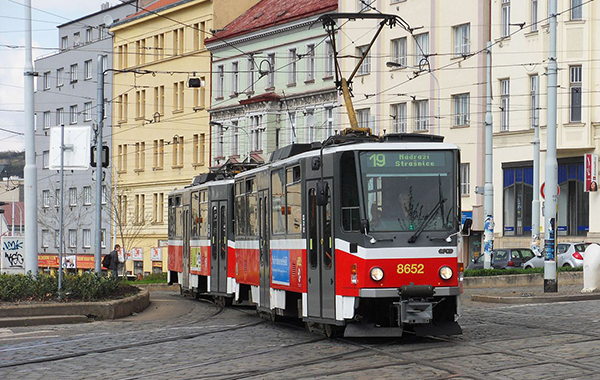 The operation of T6A5 type trams, which first went into operation 25 years ago, will retire from Prague's public transport. The last time it will set off on Saturday, June 19, is on line number 4. The Transport Company (DPP) now operates six trams of this type, which will be part of the last symbolic departure, announced DPP spokeswoman Aneta Řehková. The company will keep two T6A5 trams, which will be used on tourist retrolines. DPP is the largest city company, operating trams, buses, metro and cable car.

"We have prepared a farewell to trams with several symbolic links for public transport fans. It is almost exactly 26 years since the takeover of the first two cars, which was on June 24, 1995. We put the trams into operation for the first time on line number 4, on November 6. 1995, "said DPP Technical Director Jan Šurovský.

The T6A5 trams will run from 08:00 until 18:00 on Saturdays. They will travel every 15 minutes, as so-called solo cars from Smíchov Railway Station to Čech Square. At 18:15 all six trams will leave Smíchovské nádraží on the way through Prague. Trams will run on the route Anděl, Újezd, Malostranská and through Chotkovy sady to Špejchar. "At 19:00, the trams will go on their last ride to their home depots," added Řehková.