Sekyra Group has applied for a decision for the southern part of Smíchov City, Prague 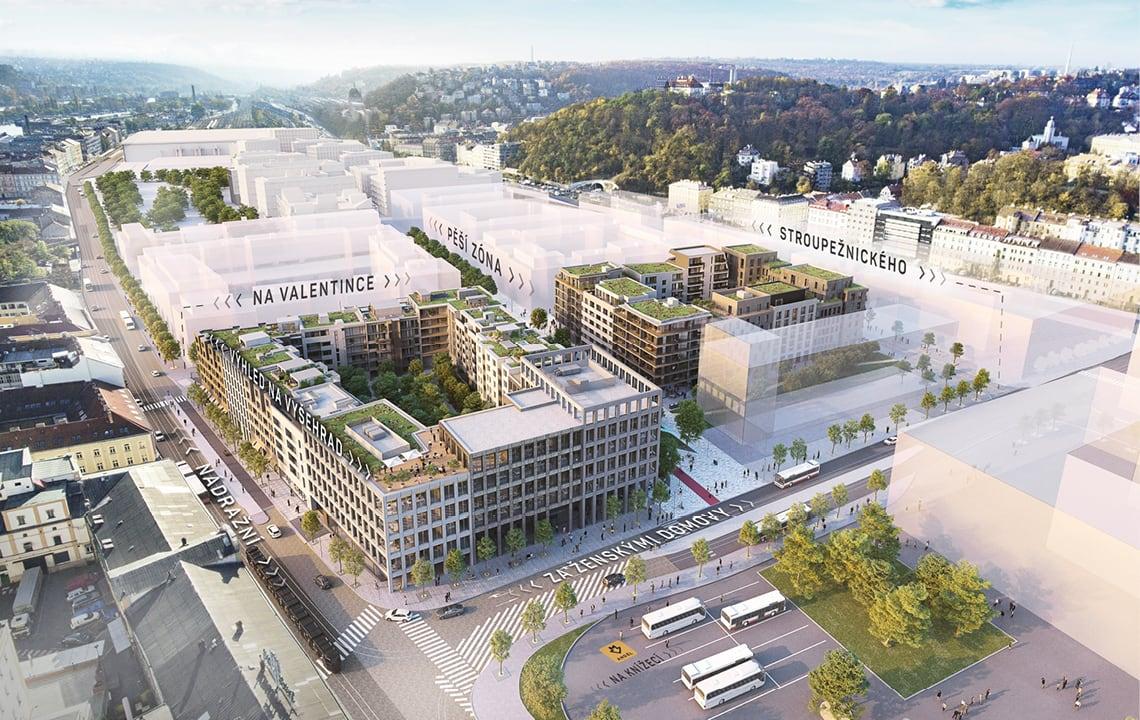 The development company Sekyra Group has applied to the building authority for a zoning decision for the construction of the southern part of the new Smíchov City district in Prague 5. Last year, the company began building the northern part of a large-scale project, the southern part of which is to include Česká spořitelna's headquarters, office buildings and a hotel with shops.

While the northern part, which the company started building last September, will consist mostly of apartment buildings, the southern part is to be commercial. According to the published document, it will consist of four buildings of the new headquarters of Česká spořitelna, three other office buildings and a hotel. The construction includes two new parks.

In total, almost 400,000 sqm of residential, administrative, commercial and public areas, including a kilometer-long pedestrian boulevard, are to be built between Smíchov Railway Station and Na Knížecí. The campus for Česká spořitelna is to have a total area of ​​130,000 sqm. Prague 5 plans to build a school in the new district, for which it should obtain land from the developer according to a pre-negotiated agreement.

The construction of the district is also connected to transport constructions, the largest of which is the transport terminal at the Smíchov railway station. A bus terminal will be built on the roof of the current train station, which will be moved there from Knížecí. There are also plans to build a P + R car park and a new footbridge at a different location than the existing one. The project will be financed by the capital and is to cost about two billion crowns, the municipality is now preparing documentation. The station itself is planned to be reconstructed by the Railway Administration, which is planning its new headquarters in the south wing.

In addition to Smíchov City, Sekyra Group is also building a new Rohan City district in Prague on the border of Karlín, Invalidovna and Libeň. Another investment is the Žižkov City project, where the company plans to build on the land of a former freight station. Penta and Centra Group are also preparing projects in the area of ​​the Žižkov Freight Station. According to the city management, development on the so-called brownfields, ie large undeveloped areas in the wider center of Prague, is crucial for the development of the metropolis. Other important brownfields are located, for example, between the Vltavská and Nádraží Holešovice metro stations and at Masaryk railway station, where Penta began construction at the beginning of this year.